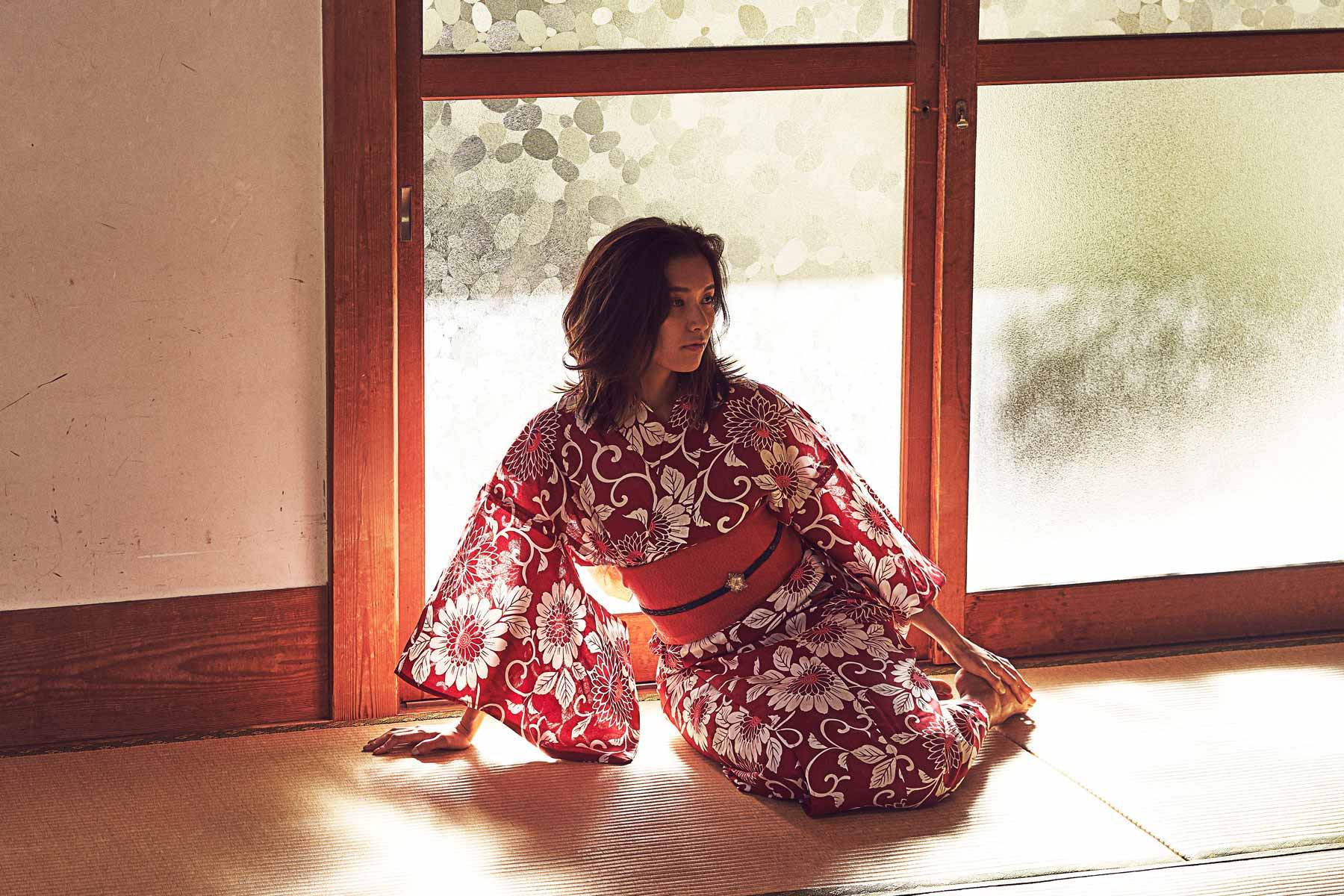 Like a glamorous necklace, the obi belt can make or break a kimono outfit. It is often a signature, a fashion statement, a focus point for the whole look. In fact, it is the obi that determines the formality of a kimono, so the same kimono worn with different obi can give a totally different impression. But there’s no need to be confused: here are the 20 things you need to know about obi belts, so that you too can play with the infinite possibilities. 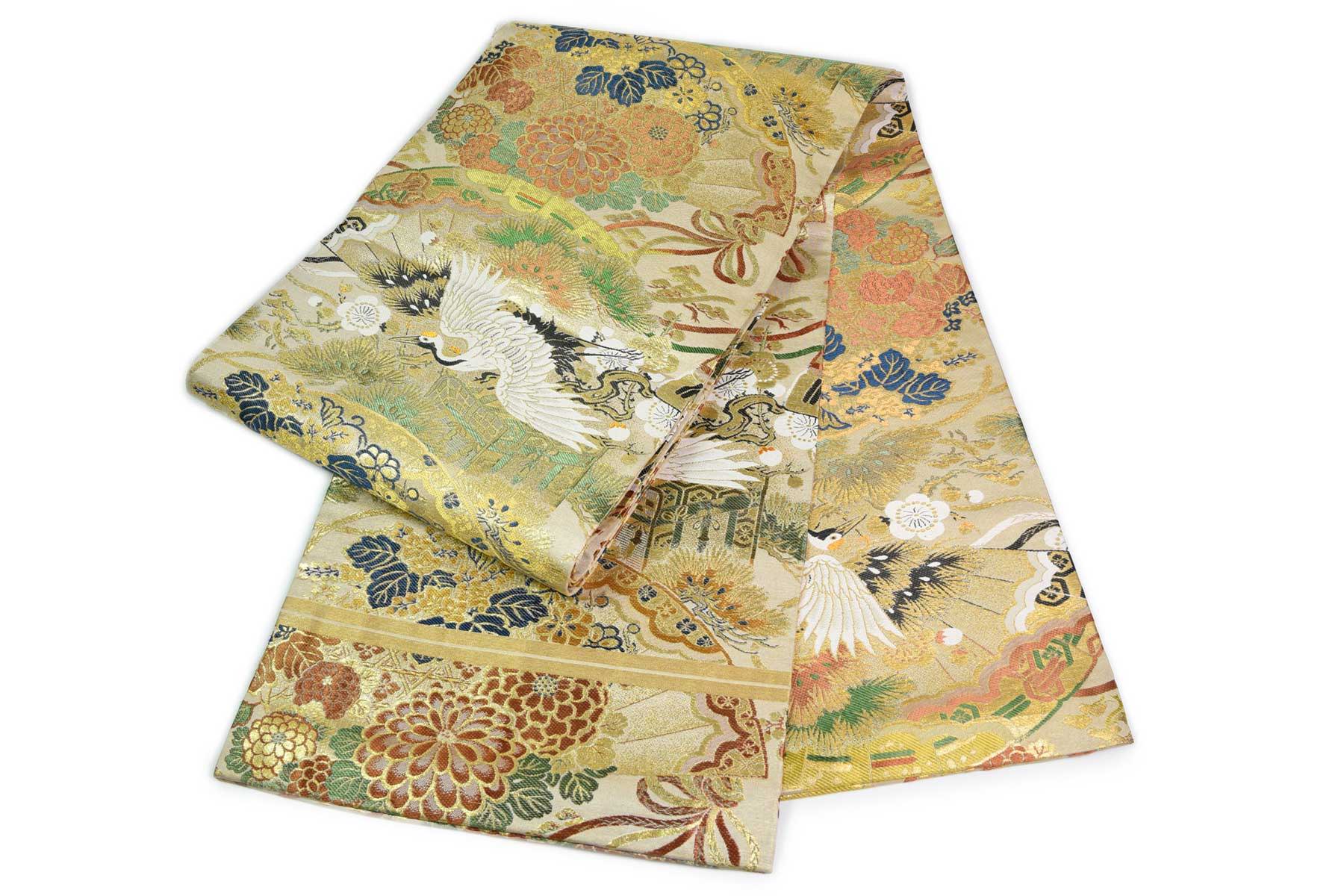 An obi belt is a long decorative belt that is wrapped around the body to wear a Japanese kimono or yukata. They have no fastening, and instead are tied together in a bow or other attractive knot.

Obi belts have been made of many materials, including cotton and linen. The most formal kimono today are made from silk, but these days polyester is very popular because it’s easy to tie, and to take care of. Obi can be made from any fabric if it is strong enough to pull. As kimono itself, and any clothes for that matter, the more fancy the obi the more expensive fabric is used. The obi belts for special occasions are made from brocade or silk and can often cost more than the kimono. Nowadays, fashion forward kimono makers and stylists feel free to experiment with fabrics, so there are obi belts made of leather, denim, plastic, lace and so on. In Japan Objects Store you will find silk and polyester obi for any occasion.

There are many ways to tie an obi, and even though it might seem daunting at first, there are also some very simple methods. You might have seen scenes of geishas and nobility having people help them put on their kimonos and tie their obi, but that's not the only option!

The easiest way to tie an obi belt is the bow tie, and we have a video explaining how to do it, which you can check out above.

3. Can you Tie an Obi Belt by Yourself? 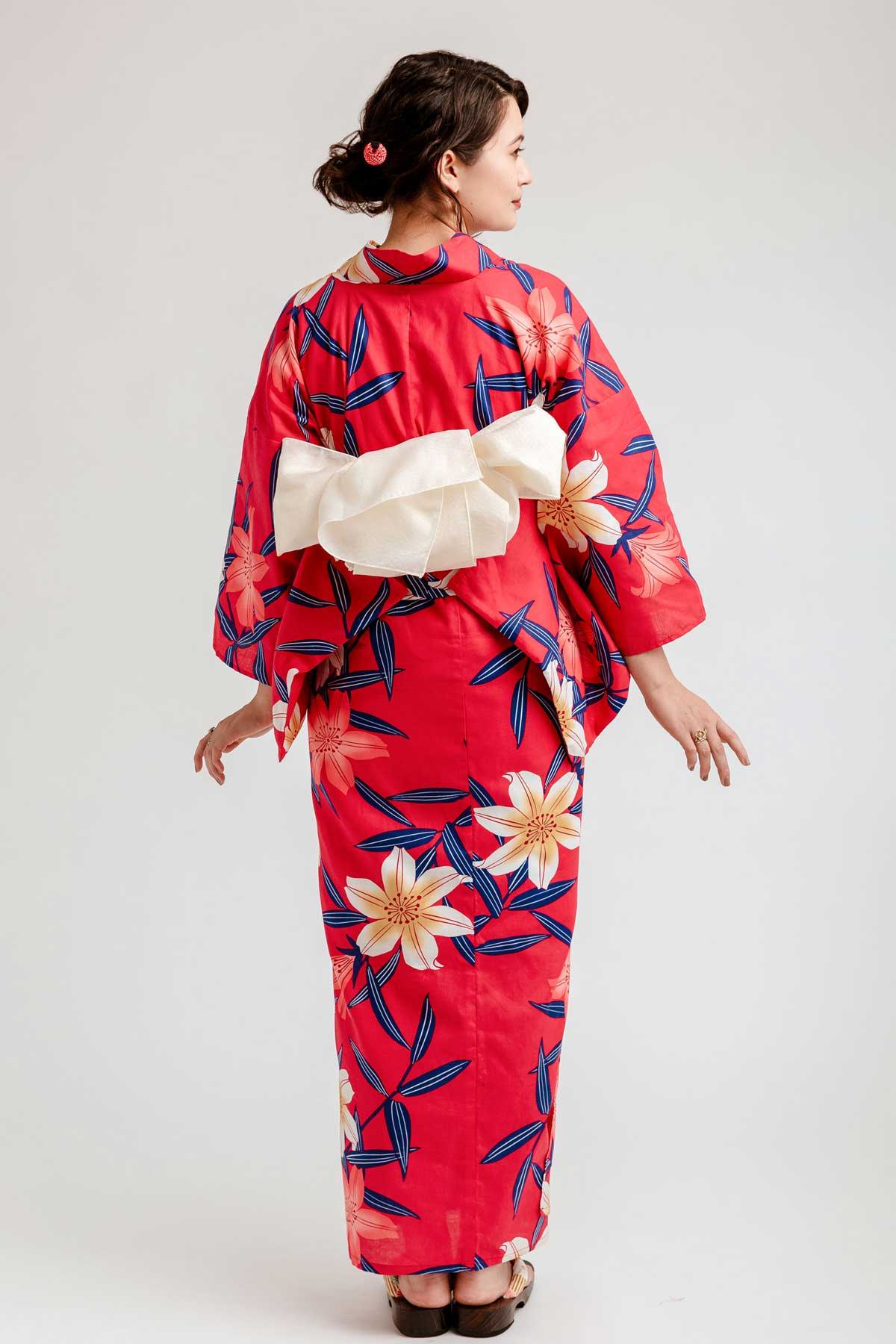 Yes! If you use one of the simpler methods, you can easily do it by yourself. It may not be perfect the first time, but a little bit of practice and you’ll be a pro!

For more complex styles, like the bridal kimono for a wedding for example, someone needs to help with the dressing. There are even professional kimono dressers for times like these.

4. Where is the Obi Belt Tied? 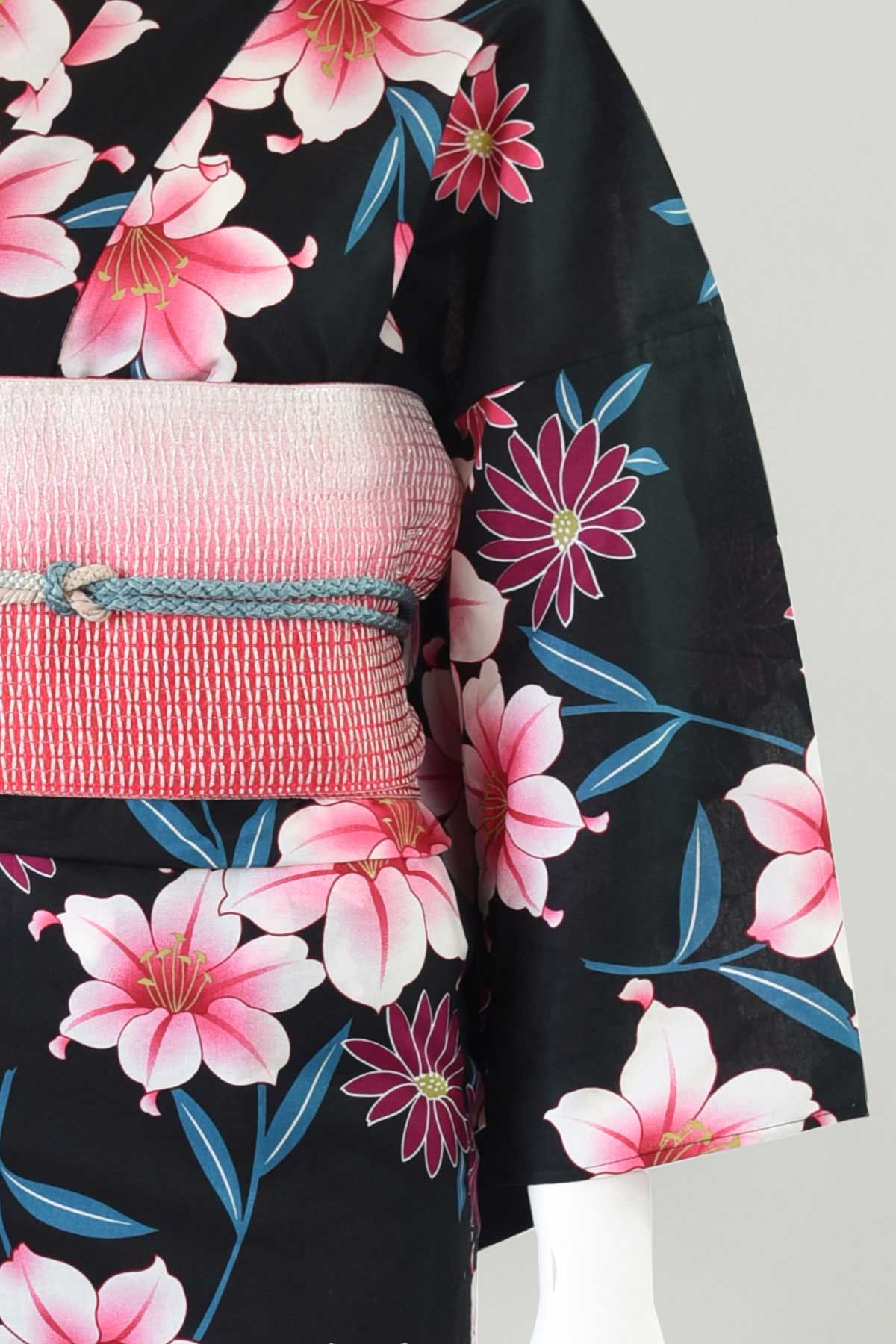 For women, the obi is tied around the abdomen, whereas for men it is lower, around the waist or above the hips.

As for front vs back, that depends on the knot that you’re using. Originally when the obi was used as a simple belt, they would be tied at the front. Of course, it's easier to see what you're doing that way, so people could tie their own belts. So, how did we switch from front to back? As obi became bigger, more flamboyant, and the knots more elaborate, so it got in the way. It also became more fashionable to do something different by tying the obi to the side or the back. Gradually, the back knot became more popular, eventually becoming the standard in the 20th century. Today, tying the obi in the front has become a quirky fashion expression, coming full circle to where it started.

5. What Types of Obi Are There? 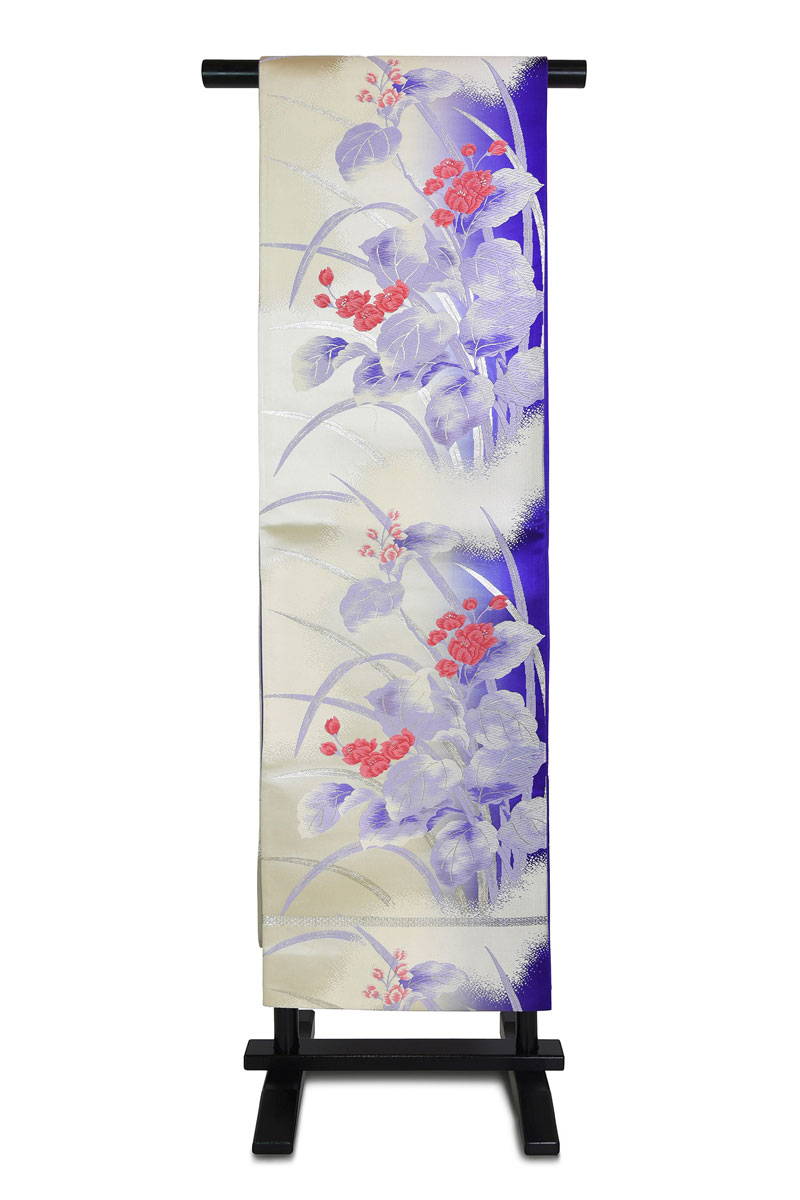 Maru Obi used to be the standard formal obi. Written 丸帯, it literally means circular/round/loop belt, because it is formed from one strip of fabric folded in two, so the front and back are the same. The maru obi is quite heavy, and half of the elaborately decorated fabrically will always be facing inwards never to be seen, so it's not as popular these days as it once was! 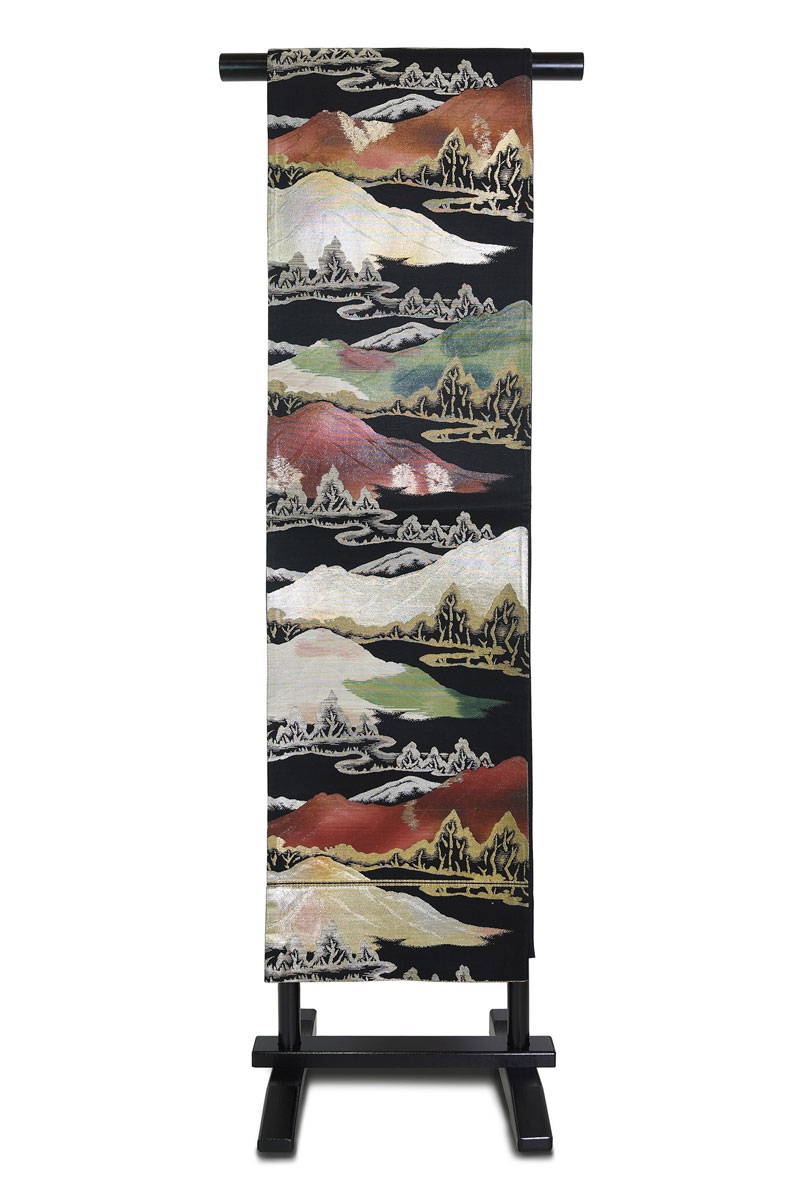 Today when you think of a standard traditional formal style obi, you’re probably thinking of a Fukuro Obi. Fukuro Obi are made from one strip of decorated fabric – usually silk – with another plainer lining for the inside. Written 袋帯, it means bag belt, because of the way it is sewn in two parts.

For formal occasions, you would normally wear a fukuro obi, although some can be casual too. 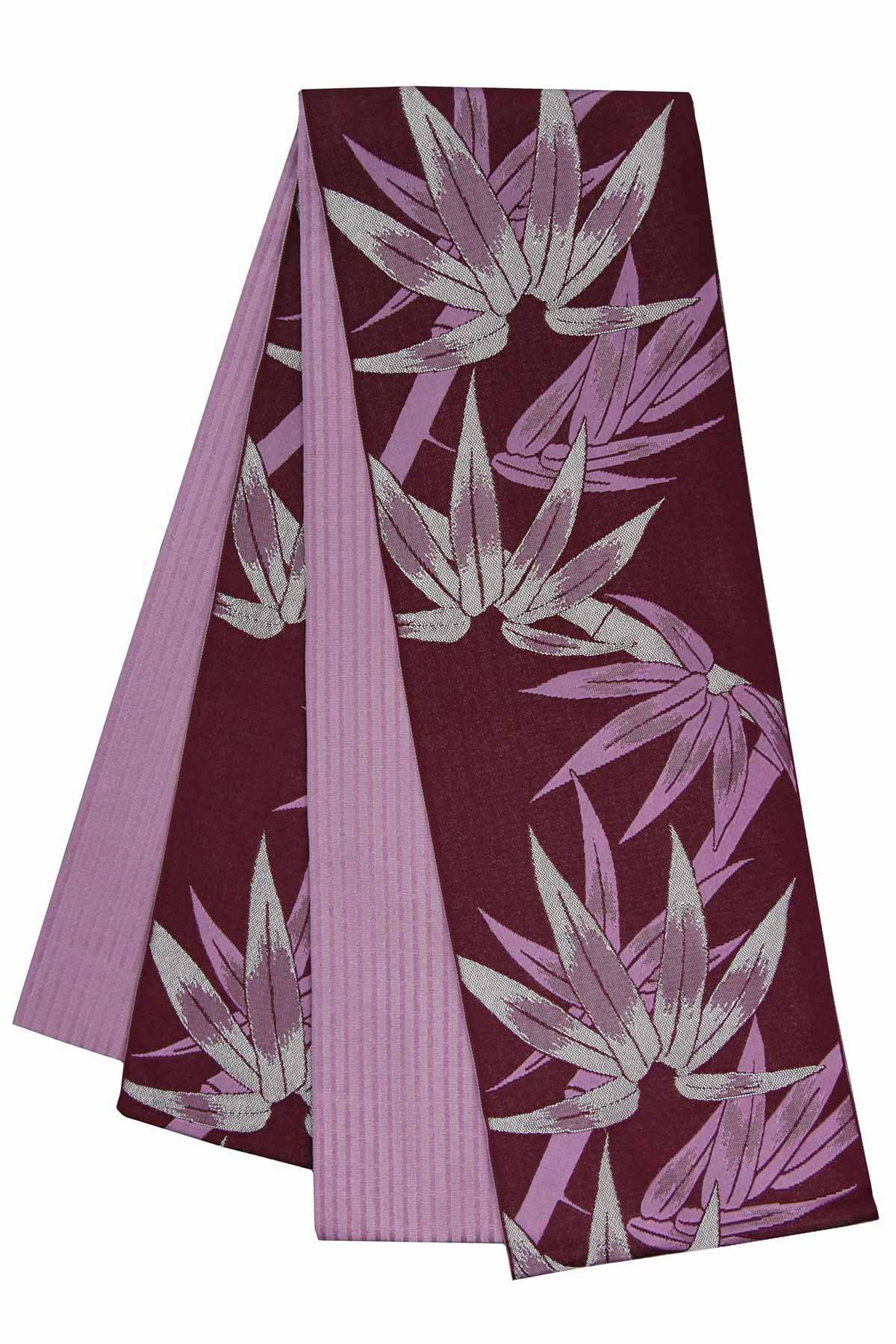 Hanhaba Obi, 半幅帯, literally means half-width obi, because originally it was half the width of a fukuro obi. Nowadays they tend to be a bit wider than that because people are taller than they used to be. Hanhaba are more casual than Fukuro obi, and because of their width, they are easier to tie. You can check out some reversible Hanahaba Obi at Japan Objects Store. 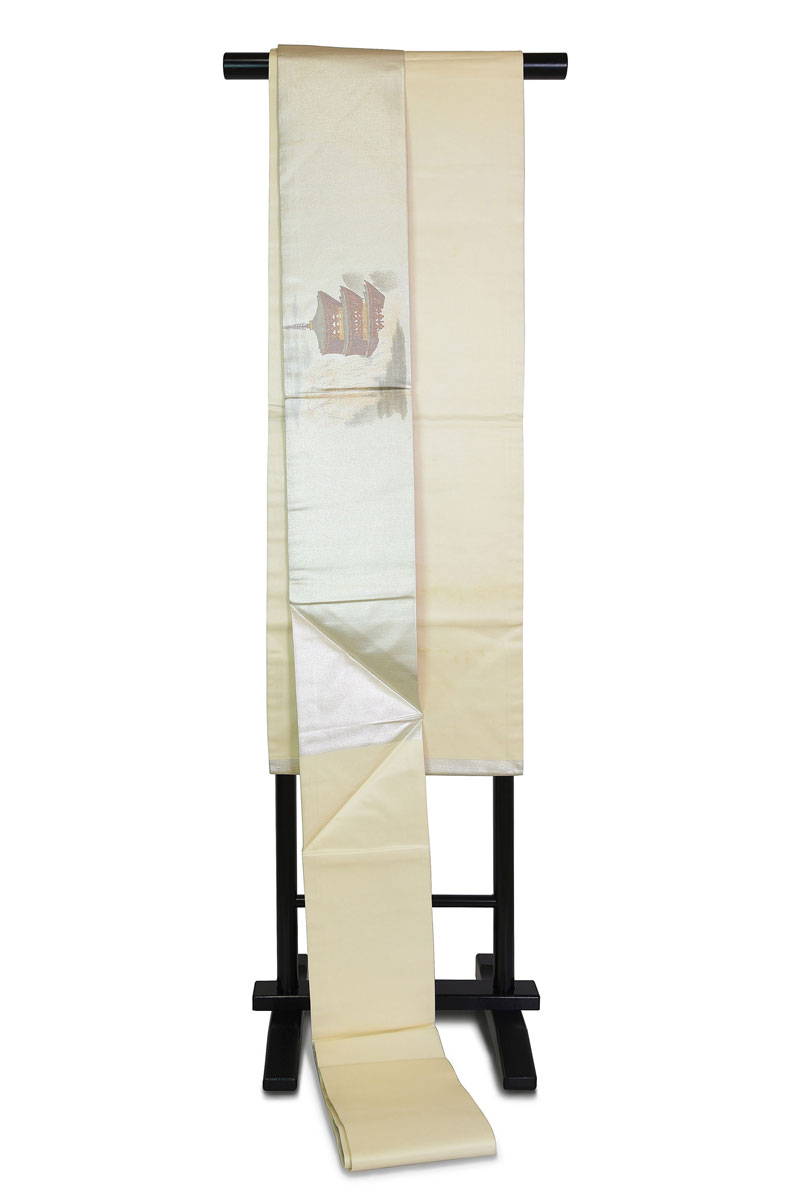 Nagoya Obi are shorter than most other obi, and often have sections that are sewn together to allow them to be easily used for particular knots, such as the Taiko Musubi (drum knot). The name comes from the city of Nagoya where their use was popularised. 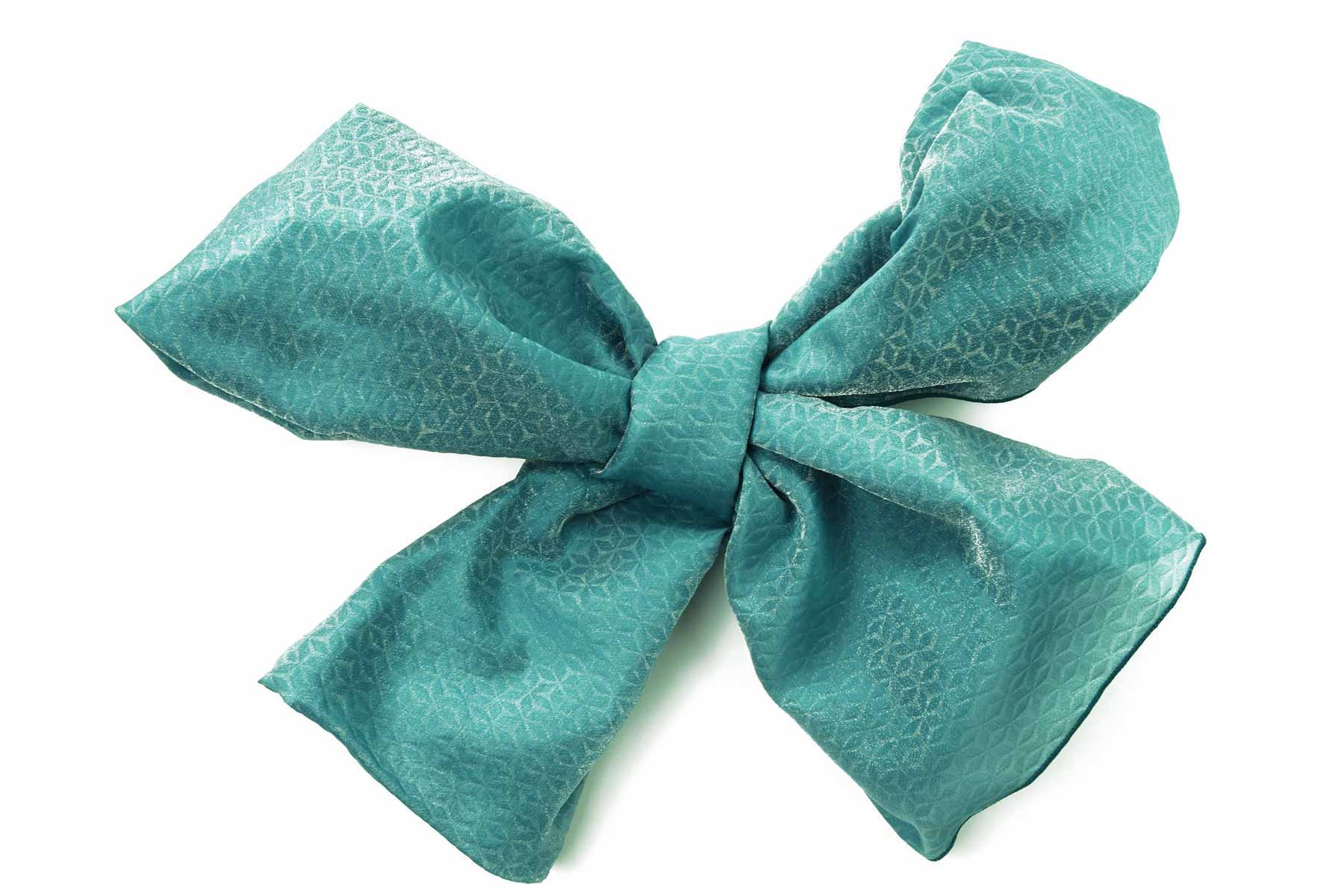 Heko Obi are softer, thinner and more like a scarf than other types of obi. They were originally part of the uniform of soldiers in the Satsuma province in Kyushu in the early Meiji era, which is where the name, 兵児帯, comes from, which means young soldier.

Although originally only men wore heko obi, towards the end of the 20th century heko obi started being used for women as well. These days you will see many women and men wearing heko obi, particularly when wearing yukata for example, as the are both casual and easy to tie. check out some diamond-weave Heko Obi at Japan Objects Store.

6. What Are Popular Designs for Obi Belts? 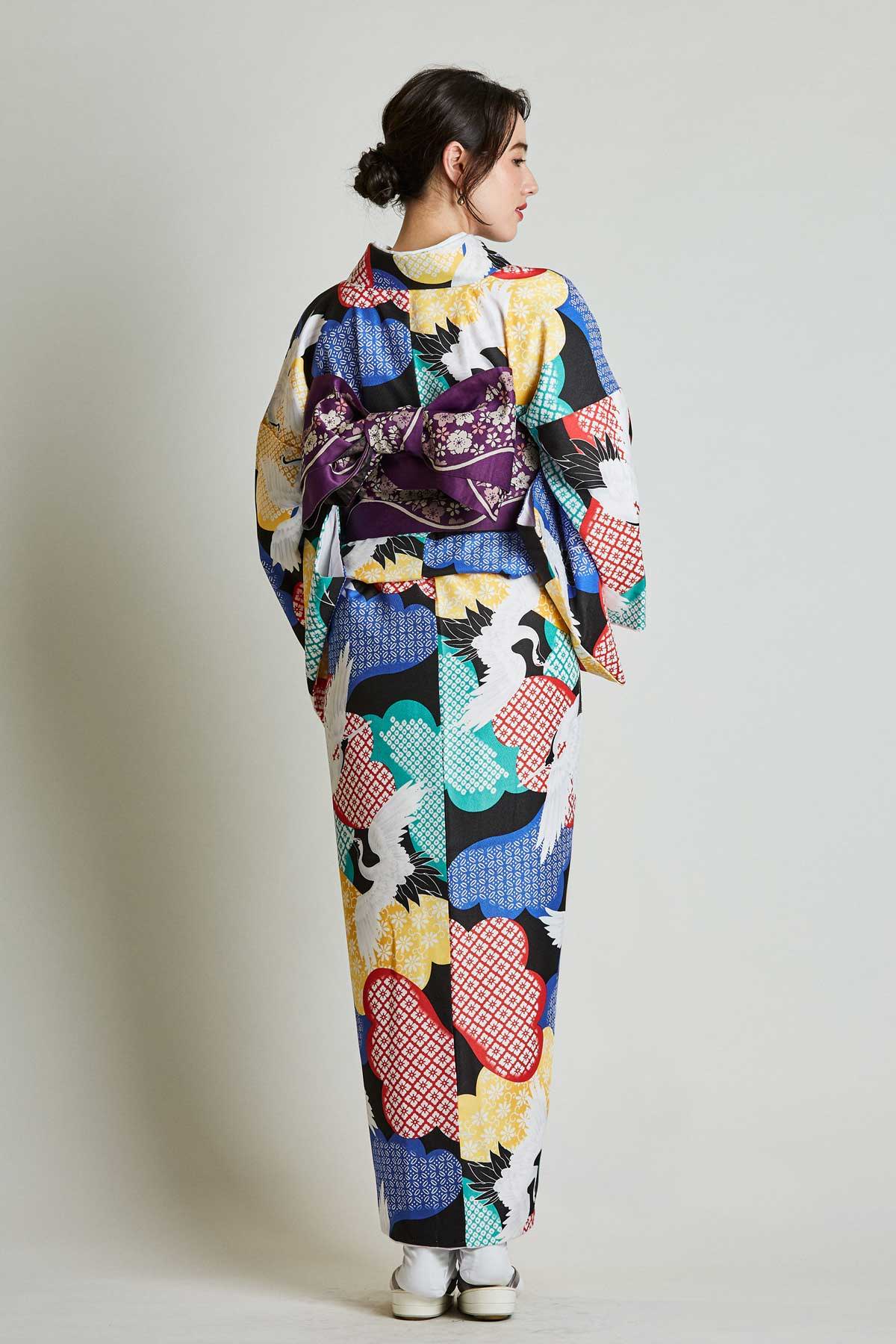 There have been infinite obi patterns over the centuries, but there are some that have stayed popular through the ages. As with kimono, floral themes are crowd-pleasers, and they can be worn seasonally, although you’ll see the national flowers chrysanthemum and sakura throughout the year. Auspicious bamboo and pine feature prominently on obi, as well as waves for another natural theme. Animals with positive symbolism like cranes and pheasants are found on many classical obi patterns too. There are also fans, hexagons and other geometric patterns, and even whole scenes from literature and art embroidered on an obi.

Anything can be pattern or design, especially in modern designer obi. Nowadays, obi patterns can be anything you like: anime characters, cats, skeletons, lollipops and so on. It's up to the wearer to choose what they want to showcase, just like wearing t-shirts with your favourite band, cartoon or catchphrase lets your personality show!

7. Are There any Accessories for an Obi Belt? 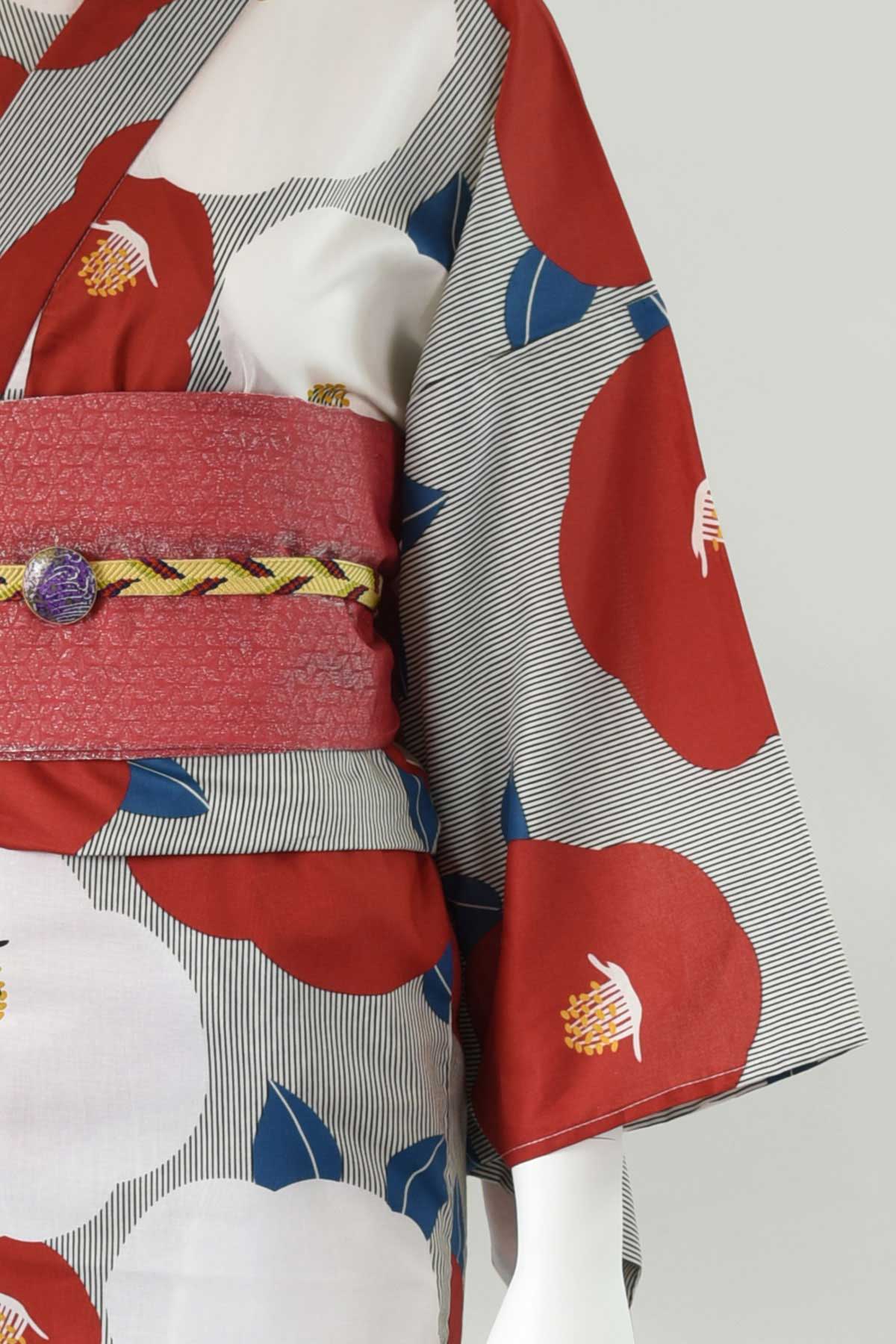 The obi can be seen as a kimono accessory, but it's rarely doing the job by itself. A kimono obi belt usually has its own supporting accessories to help hold it in place and shape it. Very often the kimono is held together by other ties and sashes hidden under the obi, the obi being the last touch.

Obiage (obi bustle) resembles a scarf and can peek out from under the obi if you wish, but is tucked neatly away when worn conservatively. Obijime is a tasselled cord tied on top of the obi. They can help to keep a very wide obi tight, but their use is usally more decorative. Obidome is a decorative clip fastened to the front of an obijime, similar to brooch. In fact you don’t need to buy an obidome especially, you can indeed use a brooch as a replacement. Similarly, why not try using a thin belt as an obijime, and a silk scarf as an obiage, for a modern fashionable look.

8. How to Wash and Store Obi Belts? 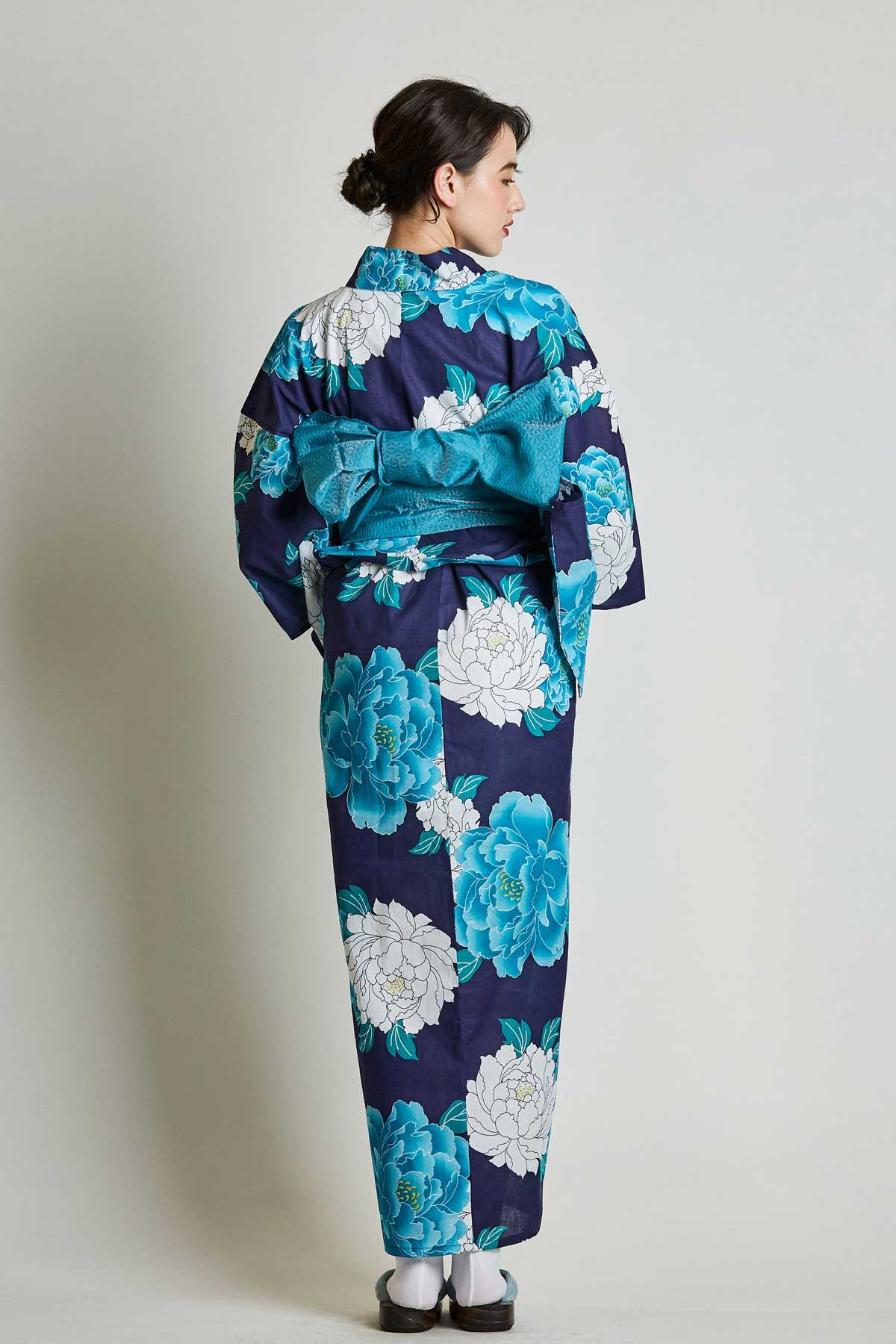 Obi belts are not often washed, after all how often do you wash belts? Obi are not worn against the skin, so they don’t get sweaty. If you do need to wash it, a polyester obi can be easily cleaned in a washing machine; but for a silk obi, you’ll need to take it to a specialized kimono cleaner. Do make sure to store the obi out of direct sunlight to protect the colors.

9. How Much Does an Obi Belt Cost? 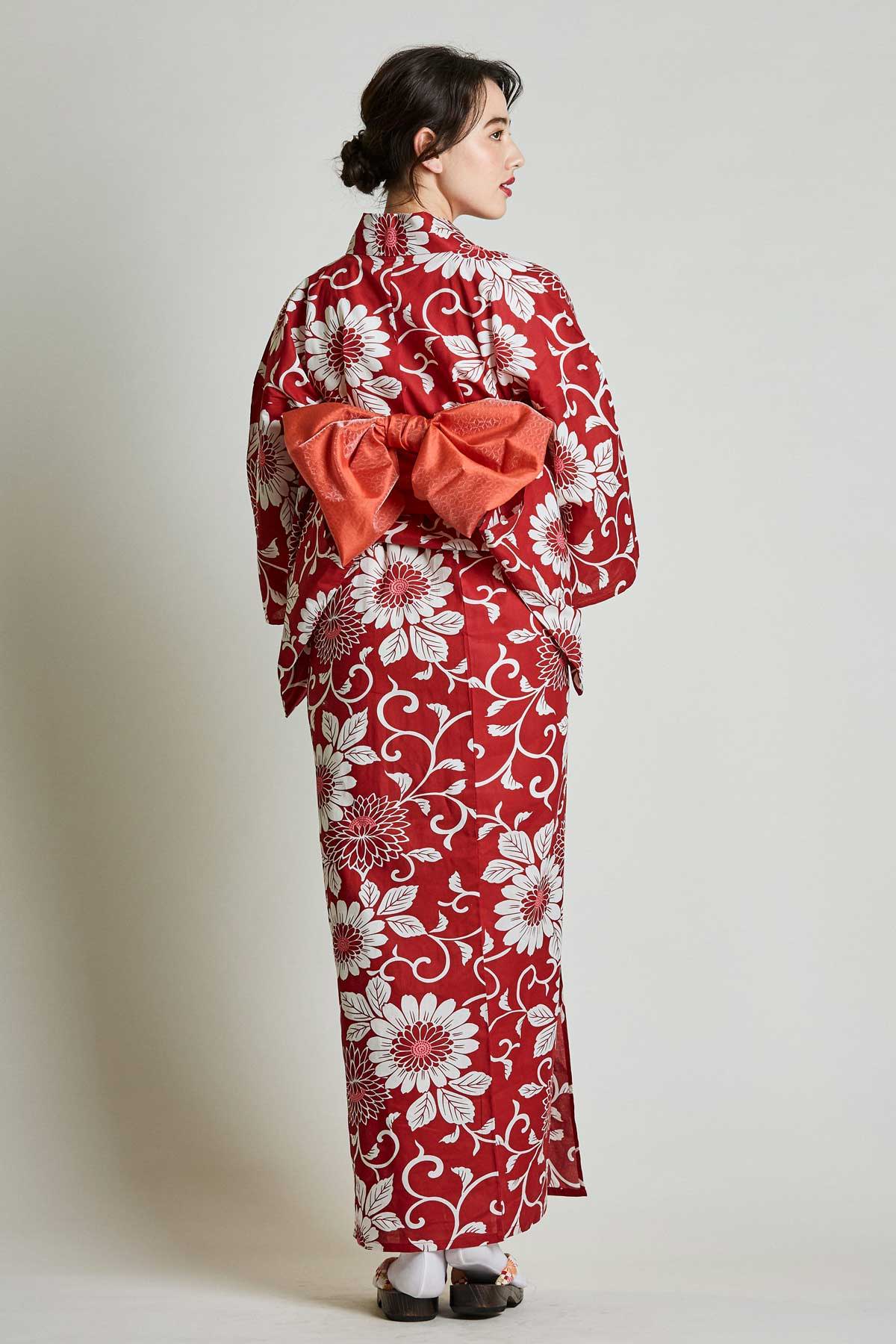 The most elaborate obi belts can actually be more expensive than a kimono traditionally, because the entire 13 feet / 4 meter length is made of hand-woven silk! But whatever your price range you can find something great. At Japan Objects Store you can find obi belts starting from $29.99.

10. Can I Wear the Same Obi Belt with Both Yukata and Kimono? 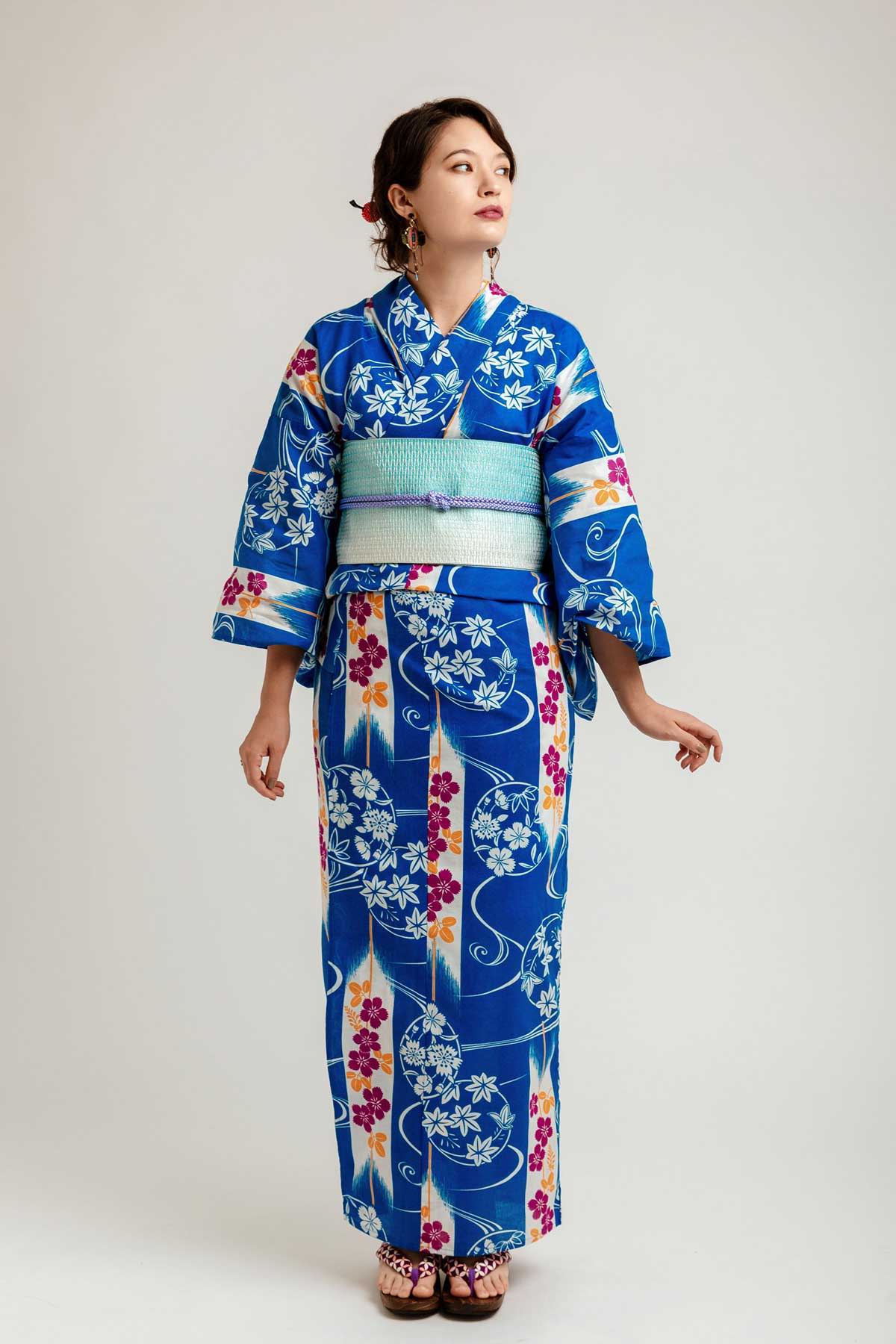 Yes you can! Hanhaba obi and heko obi are more casual so they are perfect for both daily casual yukata or kimono. Fukuro obi, on the other hand, are often very fancy, so they are not usually worn with the more casual yukata. To put it in Western fashion terms, it would be like wearing gorgeous ball gown accessories with a t-shirt and shorts. But it’s still a style choice you can make if you want to!

If you’re not sure about the distinction between kimono and yukata, check out Yukata vs Kimono: What’s the Difference?

11. Does an Obi Belt Have to Match the Kimono or the Shoes? 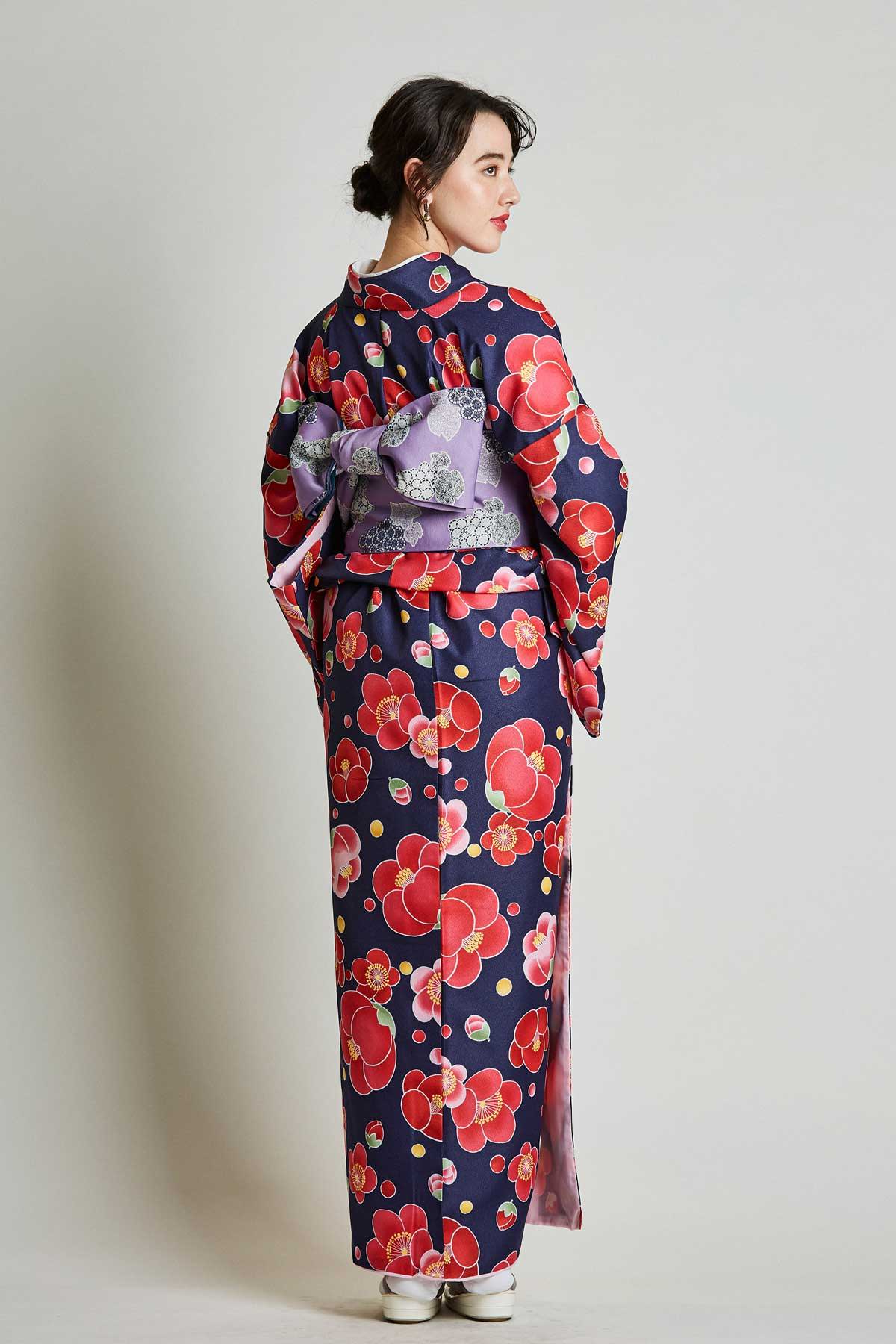 That’s completely up to you! Matching the obi to one aspect of your outfit – your shoes, your hair accessories, your jewelry, or one of the colors on your kimono perhaps – is a style choice that you can make, but you certainly don’t have to! So think of it as a personal expression, and not a rule.

12. Can I Use a Simple Buckle Belt Instead of a Traditional Obi Belt? 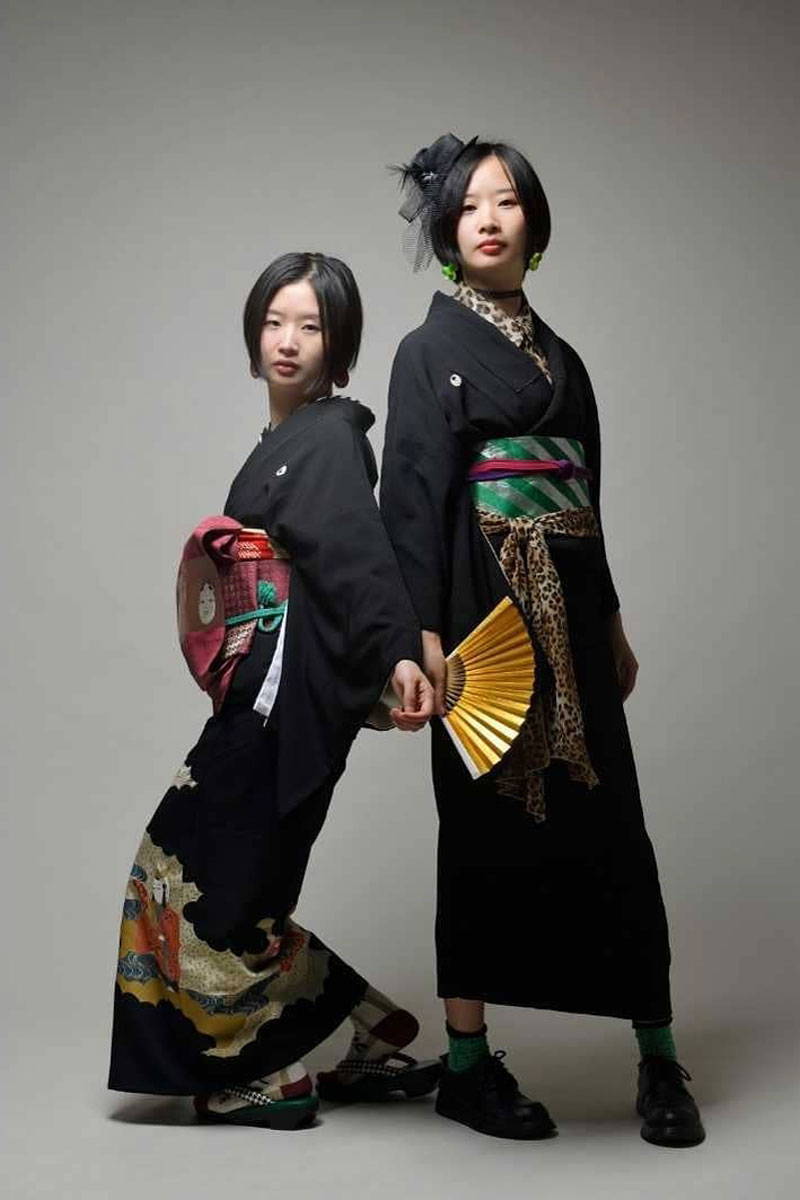 Yes you can! Wider belts look good with kimono. There are some designers who make belts especially for kimono. You can also use a long scarf as an obi. There is definitely room for experimentation and creativity in modern kimono wearing. You can find more inspiration from popular kimono fashion influencers in How to Wear Japanese Kimono like a Pro!

13. Can I Wear an Obi Belt with Clothes that are not Kimono or Yukata?

Yes of course! Bear in mind that the obi will hide your body line and make it straighter, less curvy.

14. What's the Most Complicated Obi Knot? 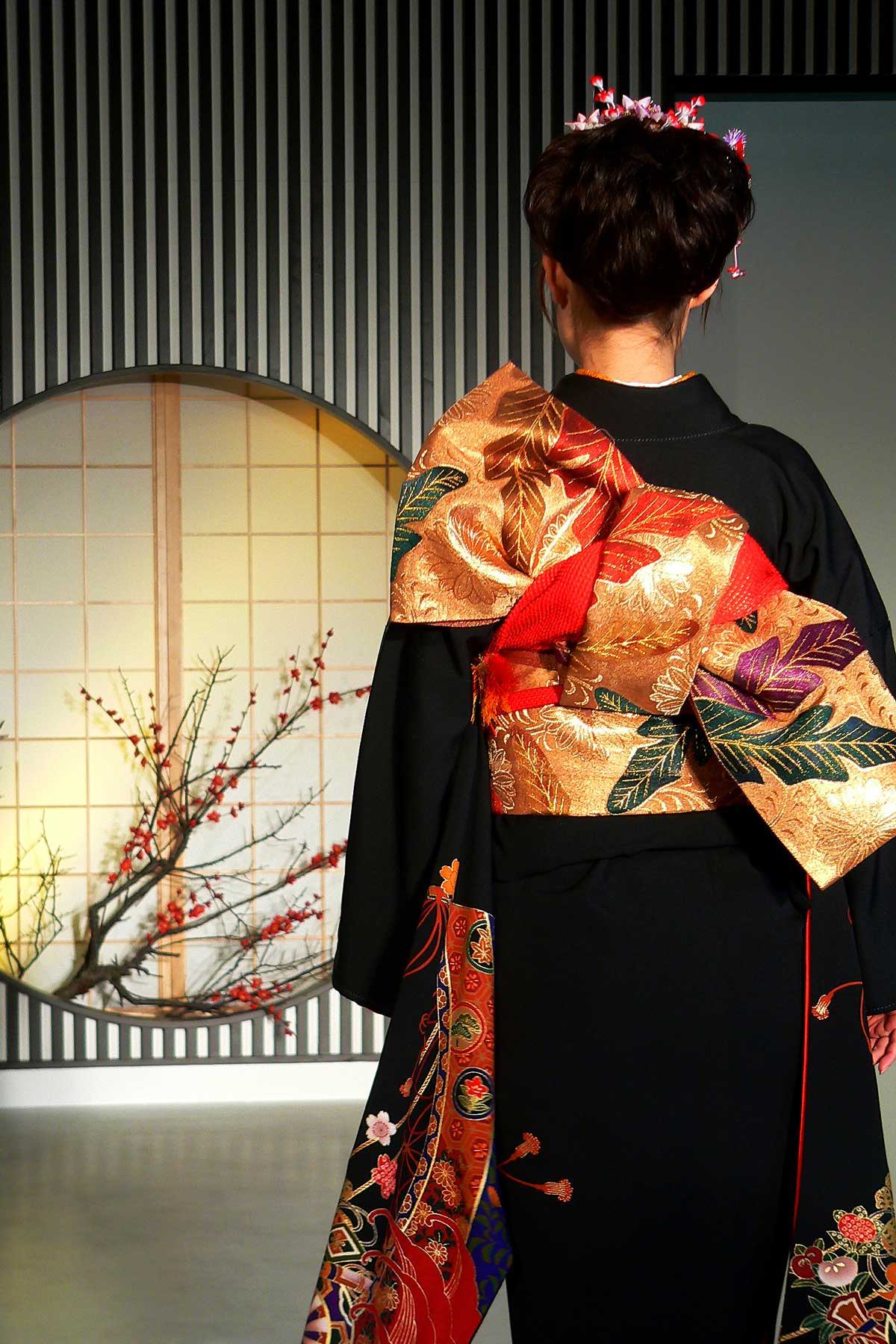 There are lots very complex knots such as the Tateya Musubi shown here that require a second pair of hands! Definitely not recommended for beginners!

15. Are There Different Obi for Men?

16. Are There Different Obi for Children?

17. Is an Obi Belt Comfortable to Wear? Or is it Tight Like a Corset? 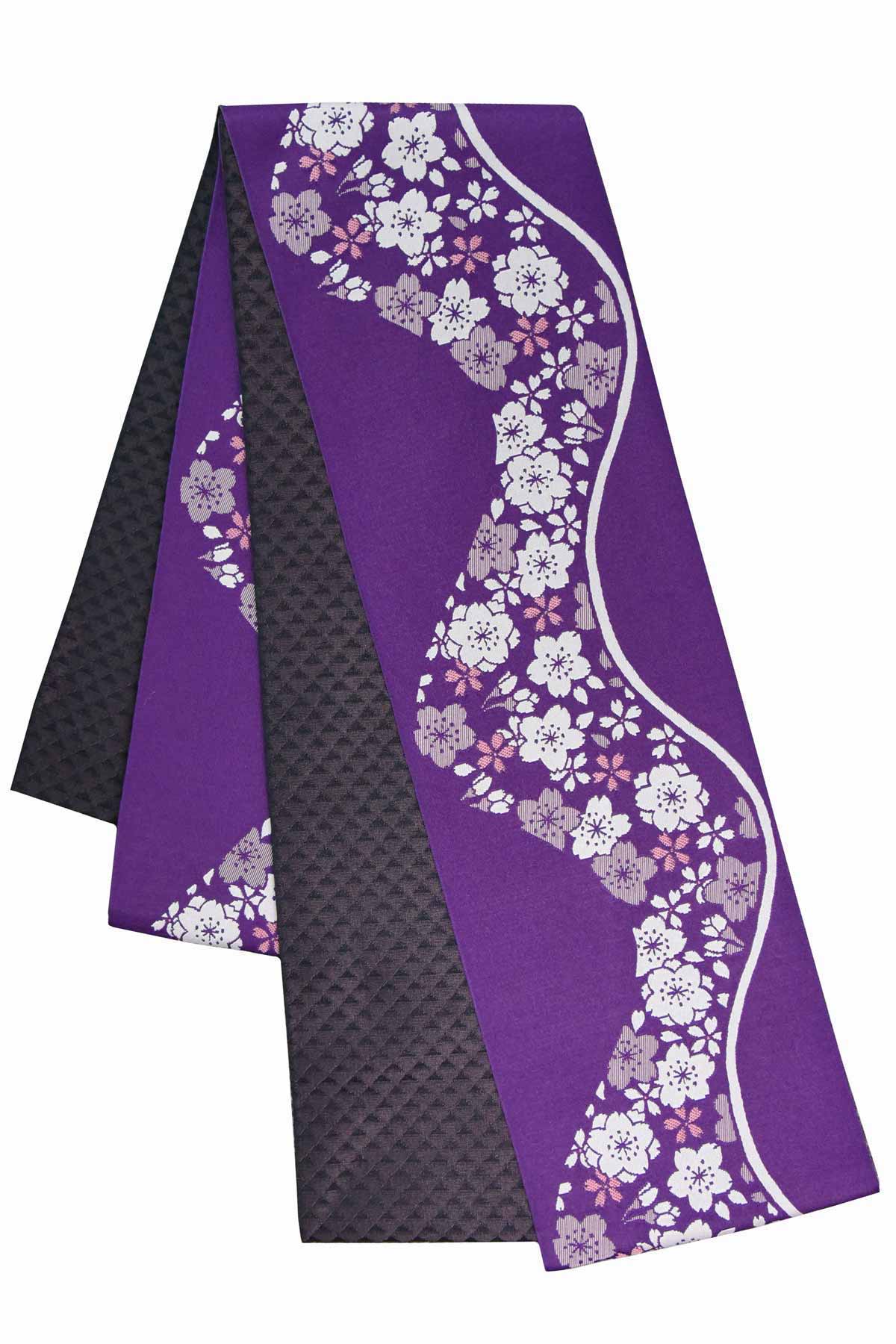 Women might feel the obi is a bit tight at first, especially if they’re wearing a formal style kimono such as furisode, or a wedding kimono. But you can always loosen it if it's too tight for you. Men generally find them very comfortable, as they are narrower and tied lower, supporting the belly.

18. Can I Buy the Obi Belt Separately From the kimono?

Yes, you can mix and match kimono and obi, and wear them separately too.

19. What Obi Should you Wear at a Wedding? 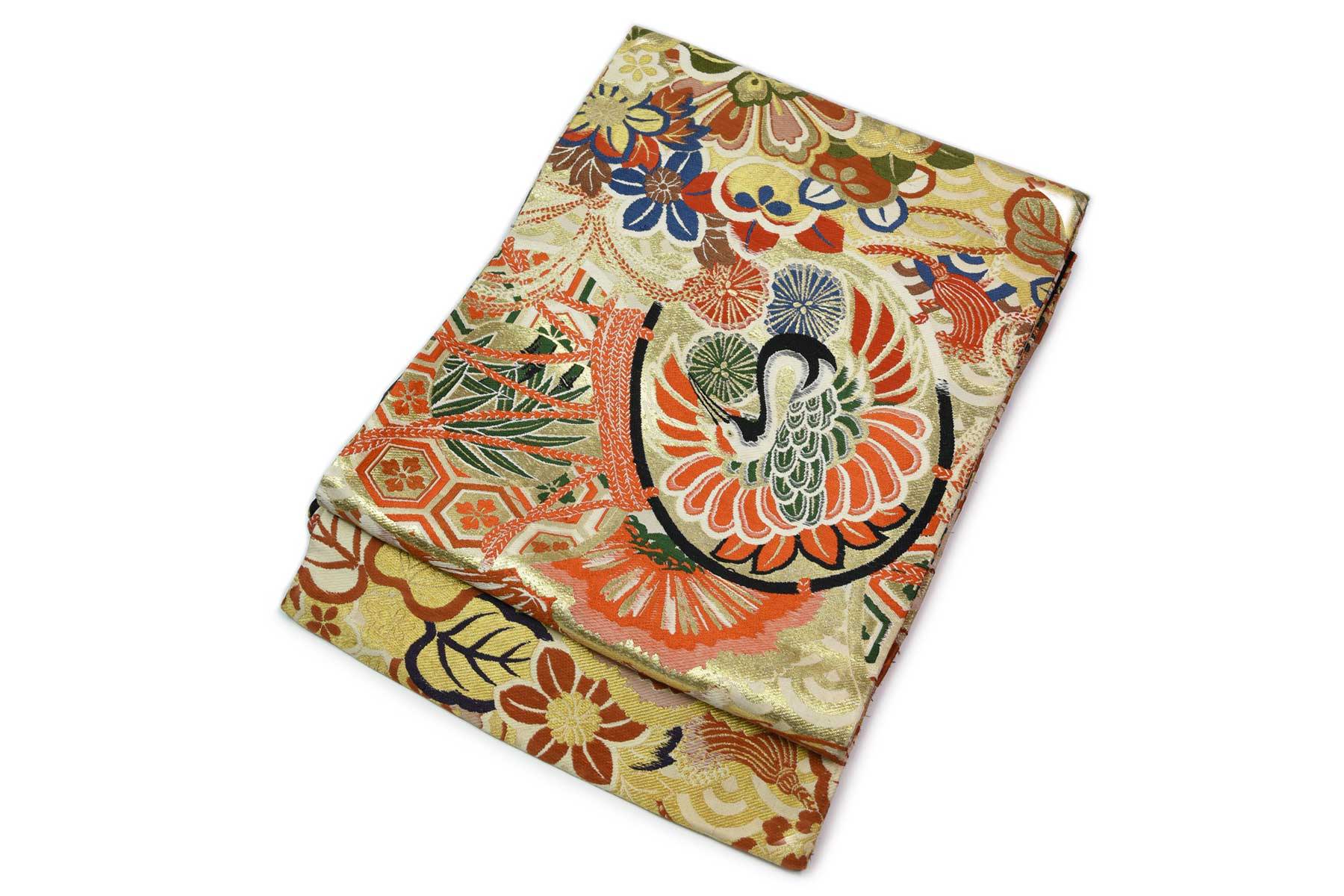 The bride will normally wear a very elaborate obi, both in its design and its knot. Guests might wear pretty obi for the occasion, but not so elaborate as to upstage the bride!

20. What Obi Should you Wear at a Funeral?

Immediate family members would normally wear black obi with black obijime and obiage. The tying style is Nagoya obi style. However, nowadays it’s no longer common to wear kimono to funerals if you’re not immediate family of the deceased.

Whether you want to emulate a classic kimono look, a casual summer yukata outfit, or going the vintage experimental route, the obi is crucial. An obi belt can also be used as an ornament in the house, gracing walls like a tapestry, or displayed on shelves. It is a versatile item and one of the most durable kimono accessories, so many artisans are also recycling old belts into bags and jewellery. The obi lives on!

1 2 Next
Back to Editorial